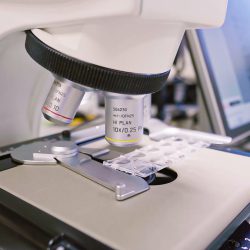 A Co. Galway based company has been awarded funding of €2.5 million for the development of an additive to raise the nutrient value of farm slurry.

GlasPort Bio has developed GasAbate N+, an additive which “acts on the microorganisms that cause methane and other polluting gases when it is added periodically to stored slurry and manure”, according to the company.

The company said its additive, which is apparently capable of “cutting greenhouse gas emissions from slurry by more than 98% while increasing its nutrient value”, will be available to farmers soon.

The biotechnology company has been awarded €2.5 million in EU funding to complete the product’s development to the point of market launch.

Dr. Ruairi Friel, CEO of GlasPort Bio, said that winning the grant under the European Innovation Council (EIC) Accelerator program is a “great boost” for the company.

He said the funding will allow large-scale testing to take place on commercial sites and the scaling up of the product for market launch.

Dr. Friel hopes that through the use of the company’s product, farmers may be able to make “large savings on mineral fertiliser costs and that anaerobic digestion plants can see greater productivity”.

Dr. Friel said he expects advancing technology to have a major impact globally since fertiliser manufacturers, livestock producers and food and dairy companies are “under pressure to be more sustainable and to deliver produce with a lower carbon footprint”.

He added: “Solutions are also needed to generate carbon credits to offset emissions across the entire production chain.”

Four agri-businesses have recently been shortlisted as finalists in the Sustainable Energy Authority of Ireland (SEAI) Energy Awards 2020, with GlasPort Bio being one of them.

24 applicants across eight categories have been shortlisted, with the winners to be selected by a judging panel in the coming weeks.