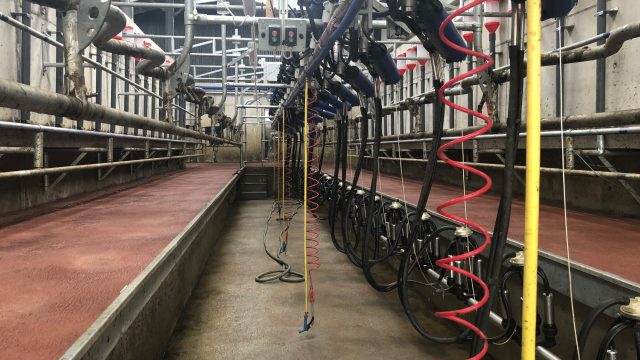 Dairy farmers will want “adequate safeguards to make sure all their milk will be collected, processed and well paid for” in any deal that is done on a joint venture between Kerry Co-op and Kerry Group, according to the Irish Farmers’ Association (IFA).

As such, IFA president Tim Cullinan said it’s critical that farmers who supply to Kerry Co-op are fully consulted on a joint venture before any deal is finalised.

“The proposed joint venture is a huge decision for Kerry Co-op,” Cullinan said.

Any such arrangement will have a significant impact on milk suppliers. Farmers have to be fully consulted prior to any deal.

The president was reacting to the news earlier today (Thursday, April 8) that a proposal had been tabled for Kerry Co-op to buy Kerry Group’s milk processing division in full over a three to five-year period.

Continuing, Cullinan said: “The relationship between a milk supplier and their processor is a unique one given how perishable milk is and the difficulties in moving milk processor.

“A decision to fundamentally change the ownership structure of one of the largest milk processors in the country has to be done in full consultation with the impacted farmers.

“They want adequate safeguards to make sure all their milk will be collected, processed and well paid for, regardless of current or future ownership structures.”

“We understand the commercial sensitivities that surround negotiations during the due diligence process. However, once this is concluded, farmers must be given all the necessary information on the joint venture to allow them to fully assess the proposal.

Cullinan highlighted the importance of engaging with farmers before any final decision is made on a joint venture.

“Any joint venture will be dependent on long-term supply of milk from farmers in the south west.

“They must be given the chance to have their say on any deal before it is finalised,” the president concluded.