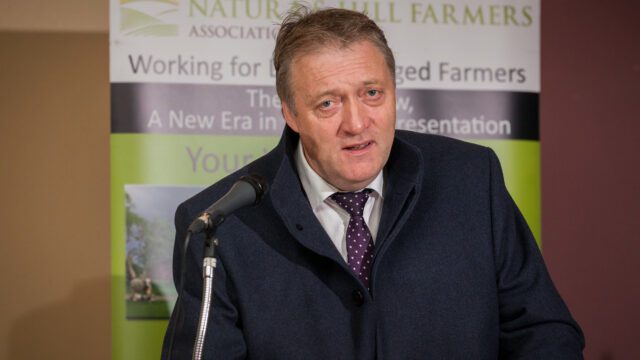 As the Irish Farmers’ Association (IFA) prepares to stage a nationwide protest this morning “to warn against the dangers” posed by current Common Agricultural Proposals (CAP) proposals, the Irish Natura & Hill Farmers Association (INHFA) has said it contests the narrative that CAP proposals will undermine the income of Irish farmers.

INHFA president, Colm O’Donnell said that nationally, under a full flattening of payments, “72,710 farmers will gain, representing 60% of all farmers”.

“Despite suggestions made by some, the current proposals will deliver for the vast majority of Irish farmers,” he said.

And with the EU Parliament holding its ground on the full flattening of payments, he added that it is “unbelievable that a parliament in Brussels is more in touch with the needs of Irish farmers than many of the public and farming representatives here”.

A full flattening of Pillar 1 payments would see all farmers paid a national average by 2026 of €265/ha, which includes the proposed eco-scheme, said the INHFA.

This would be delivered through the convergence of payments over the lifetime of the CAP programme, the INHFA president added.

“Another proposal outlined at EU level is the option to front-load payments through the Complementary Redistributive Income Support for Sustainability (CRISS).

“This allows Ireland to target additional payments on the first number of hectares to support small holders.

“To fund this, a country can put a limit on the maximum payment and, if required, apply a cut to the overall Pillar 1 budget,” Colm said.

He said that the INHFA is supporting this as it will benefit small holders and potentially increase the payments for farmers on the first 10-20ha to over €300/ha.

“With increased focus in the new CAP on delivering improved outcomes for the environment, he said:

“Many of our farmers have been doing this without the proper recognition or reward. It is vital that the delivery of public goods, in terms of improved water and air quality, improved biodiversity and mitigating against climate change, is remunerated in the upcoming CAP.

“The EU’s Nature Fitness Check has established how our designated lands are delivering between €2-€3bn each year to our economy, which translates into almost €3,000/ha.

“In the new CAP, we must ensure this output is recognised in the same way that farming output is.”