Macra calls for end of 5-year rule at committee meeting 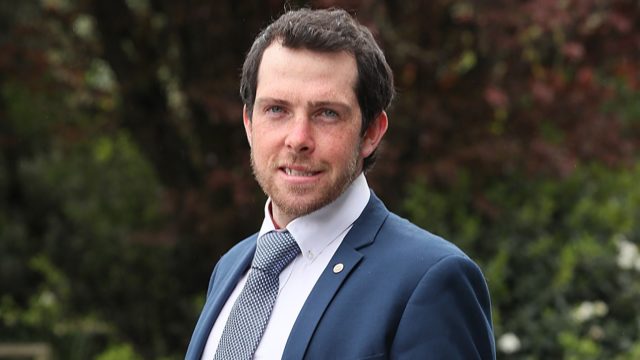 Macra na Feirme has told the Joint Oireachtas Committee on Agriculture, Food and the Marine that the five-year rule under the Young Farmer Scheme should be scrapped.

Speaking in a meeting between the committee and the leaders of various farm organisations yesterday (Wednesday, June 10), Macra president John Keane said that the rule limits the ability for young farmers under the age of 40 to access interventions.

“All young farmers are deserving of the same level of support up to the age of 40 across all CAP measures,” he said.

The purpose of yesterday’s committee meeting was to discuss the Common Agricultural Policy (CAP) reform talks that are set to continue later this month, with a view to a finalising the shape of the policy until 2027.

All participating farm organisations gave their views on what was needed and what should be highlighted. For the young farmer organisation, this was more investment in generational renewal.

Keane also cited the success of Macra’s Land Mobility Service and reiterated the association’s position that “it is essential that this service is supported by Ireland under CAP”.

He noted that the Land Mobility Service has facilitated 700 arrangements since its inception, covering 55,000ac and 140 farms in 2020.

“Driving quantifiable change regarding generational renewal is a must for the next CAP and we firmly believe that not directly supporting the Land Mobility Service will be a major missed opportunity for Irish agriculture.”

Keane highlighted that lobbying from CEJA (The European Council of Young Farmers) had secured provision within the new CAP to enable member states to fund land mobility services across Europe.

“Such a service needs CAP and Department of Agriculture support to ensure that the viability of such a valuable tool is retained and expanded,” the Macra president argued.

One the issue of ringfenced funding for young farmers in the next policy, Keane insisted that this figure should be 4% of the direct payments envelope.

However, he warned that, at the moment, the figure looks set to be 3%, according to the most recent round of negotiations.

“[We] are calling for greater ambition to be set. Increased funding for young farmers has been shown to generate far more for both the wellbeing of farmers and more widely in rural Ireland, as these young farmers are more likely to spend in their local economy through investment,” Keane remarked.

He concluded: “It is imperative that 4% of direct payments are ringfenced for young farmers. More of the same is not going to address the issue of generational renewal. It is time to make bold steps to ensure the future of farming, and 4% is the place to start.”

The post Macra calls for end of 5-year rule at committee meeting appeared first on Agriland.ie.