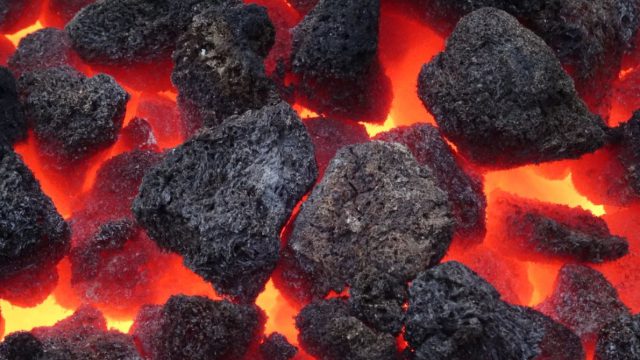 A bill seeking the full ban on the sale of smoky coal will be introduced in the Seanad this week.

Speaking last week, senator Dooley recalled the sale of smoky coal being banned in some parts of the country as early as the 1990s in an effort to address air pollution.

“Winter smog, at the time, was a growing problem in urban areas due to the widespread use of bituminous coal,” the senator said.

“This, in turn, had given rise to serious health effects in the population. Smoky coal affects sulphur dioxide levels and these levels showed considerable improvement once the ban was introduced.”

Sale of smoky coal not permitted in LSZs

Under current regulations, the sale, marketing, distribution and burning of bituminous (smoky) coal is not permitted in specific low smoke zones (LSZs) across the country.

These zones are in cities and all towns with populations in excess of 10,000 people.

There is a commitment in the Programme for Government to work towards a national extension of this ban over the term of government, and a consultation was launched earlier this year as the first part of that process.

The European Commission gave approval for a full nationwide ban in 2017 and senator Dooley has criticised previous governments for not acting on intentions to introduce such a ban in the last number of years.

“When you look at the evidence that exists, the European Environment Agency report on air quality across Europe in 2020 indicated that in 2016, there were 1,410 premature deaths arising from air pollution in Ireland; approximately 1,300 of which were attributed to the fine particle matter which, in Ireland, is primarily associated with domestic solid fuel burning, in particular, smoky coal.

“The same report indicated significant earlier mortality for those deaths. While people may have had some complications prior to engaging with the level of particle matter in the air, they would have lived for a considerable period longer were it not for the concentration in the air.

“Research indicates that the introduction of the ban in Dublin in the 1990s resulted in approximately 350 fewer mortalities per year, reducing cardiovascular and respiratory mortality in the population generally.

“The main effects of air pollution include stroke, heart disease, lung cancer and both chronic and acute respiratory diseases, including asthma.

“It is incumbent on us to move on this issue.”