The role of potash in frost resistance 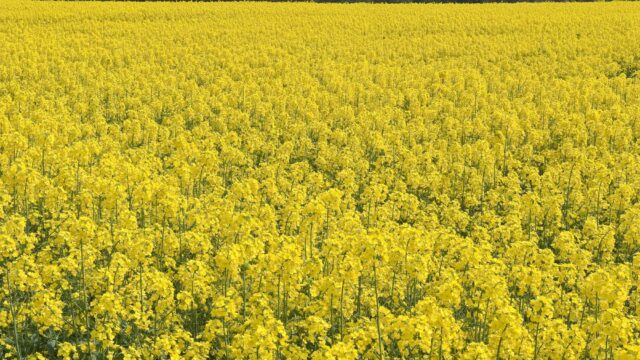 With the cold conditions that have impacted on the island of Ireland over recent days, and more of the same to come next week, it is worth considering the impact of soil potash levels on plant tolerance to cold.

The role of potassium (K) in protecting crops against frost damage is widely recognised.

However, the detail behind the mechanisms may not be so clearly understood.

When potash is deficient in plants, the stomatal activity is inhibited, resulting in poor control over gas exchange, impairing photosynthesis and water control.

All of this makes plants more susceptible to stresses from the likes of frost.

A major function of K in plants is the role of osmotic pressure in cells through the maintenance of a high concentration of K in the cell sap.

Cold temperatures can result in the formation of ice crystals in plants, which protect themselves against this process by storing sugar and potassium within their cells.

Both these substances act to lower the cells’ freezing point, maintaining cell functionality.

Additionally, the activities of numerous enzymes, which might play a part in frost resistance, are also dependent on adequate K levels.

There is evidence that plants exposed to stress, benefit from more than the usual amount of K, e.g. large applications have reduced the extent of cold damage in oilseed rape.

Where potatoes are concerned, trials have shown that K fertilisation increases late frost resistance across a range of soil types.

The effect of increasing potash fertiliser application in mitigating frost damage on a soil of medium K status, without effecting tuber yield, indicates the requirement of higher K supply to improve frost resistance at low temperatures.

The Potash Development Association points out that it is not just K that can improve a crop’s tolerance to cold temperatures.

Various observations have been made relating to the impact of calcium and phosphorus, as well as some micronutrients.

Potash should not therefore be considered in isolation for this purpose.

The post The role of potash in frost resistance appeared first on Agriland.ie.