Tyrone river pollution incident believed to have originated on a farm 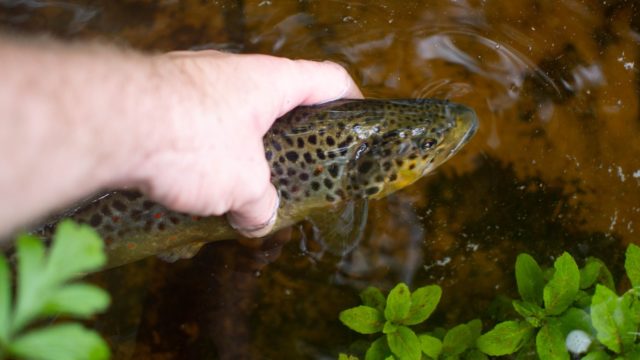 A water pollution incident which has resulted in a major fish kill in Co. Tyrone is thought to have originated on a farm.

A spokesperson for the Loughs Agency said the body was currently attending the scene of an extensive pollution incident on the Aghlisk River, a tributary of the Owenreagh in Co. Tyrone.

It comes just days after the Department of Agriculture, Environmental and Rural Affairs published details of how it plans to reduce agricultural run-off in its new River Basin Management Plan.

“Loughs Agency fishery officers were alerted to the incident via a report received at 6:30pm on Sunday, May 2, 2021,” the Loughs Agency spokesperson said.

“Investigations are ongoing on a 5km stretch of river. Statutory water samples have been taken from a suspected agricultural source and submitted for laboratory analysis. Fishery officers continue to monitor the river and will now work to quantify the extent of the fish kill.

The spokesperson added that as the investigation is ongoing, the agency cannot comment further.

“We would encourage the public to make prompt pollution reports through our 24-hour response line (028-7134-2100) or through the WaterWatch reporting tool on our website,” he said.

SDLP MLA Daniel McCrossan said he has written to Northern Ireland’s Environment Minister Edwin Poots calling for a full investigation into the incident.

The West Tyrone MLA said: “The significant fish kill that has taken place in the Aughlish River in County Tyrone is a disaster for our local environment and biodiversity.

“At this stage, it is believed that thousands of brown trout and juvenile salmon may have been killed after the Loughs Agency received a report of extensive pollution on Sunday evening.

“I have written to Minister Edwin Poots this evening to ensure that a full investigation takes place and that those responsible are identified quickly.

“People the length and breadth of Tyrone not only appreciate our local environment and biodiversity, many rely on it for their jobs. It is important that this incident is addressed swiftly and robustly.”

The post Tyrone river pollution incident believed to have originated on a farm appeared first on Agriland.ie.